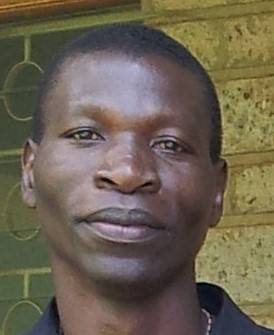 Attended Primary School
Mundoware Primary School from 1997-2003
Attended Secondary School
Kisumu Boys High School from 2004-2007
He has the following hobbies and sporting interests
1 - Football
2 - Athletics
3 - Drama
Achievements that he is proud of are
1 - Becoming third position in athlectics during the World Aids Day (December 1, 2006)
2 - Being part of the football team that won the National trophy.

Odhiambo Moses Owino heard about the Oblates in the year
In 2011.
He was attracted to the Oblates because
He was attracted to the Oblates because of the name of our mother Mary, the work the Oblates are doing in Kenya and their prayer life.
The life of St Eugene that really inspires him is
His life in exile.
The quotes of St Eugene that he really feels inspired by are
"The essential rule: To raise my heart to God before during and after the deed."
"Act always in a spirit of faith."
Name
Postulancy
Place
Meru
Date
March 15 to December 11, 2012
Comment
Name
Pre-Novitiate
Place
Nairobi
Date
2013-2015
Comment
Name
Novitiate
Place
South Africa
Date
March 21, 2016 to January 4, 2017
Comment
Name
1st Renewal of Vows
Place
South Africa
Date
January 4, 2017
Comment
Name
Philosophy
Place
Nairobi - CIP
Date
2012-2015
Comment
Name
Theology
Place
Rome - PUG
Date
October 9, 2017 to date
Comment