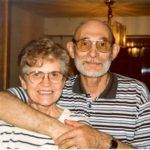 We have been in contact with the Oblates since 1973. In 1986, we participated in a workshop on “Personality and Human Relations” directed by Father Lomer Laplante O.M.I. Through personal reflection and sharing with the other members of the group, we discovered a profound and nearly urgent desire to live a “missionary experience“ which led us to our first trip to Bolivia in 1987. We remained in Bolivia during 10 out of 15 years, because we also wanted to spend time with our family in Canada.

John is friendly, talkative, colorful and full of stories. He wears his Oblate identity with a sense of pride and fills the room with his warm smile. His conversation is equally expressive in his facial expressions as in his spirited words.

Born in Peterborough, Ontario, John has spent all of his priesthood (from 1974) in the West. His first assignment was to St. Mary’s Parish in Prince George, followed by ten years in the Caribou (near Williams Lake) among the Shuswap people. After a sabbatical year he was transferred to the Western side of the Fraser river to minister with the Chilcotin peoples. 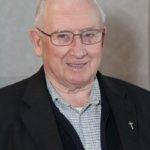 He was born in 1931 in Danby, Quebec, and raised on the Southern Shore of the St. Lawrence outside of Montreal. He began his Oblate life with his novitiate year in 1948.