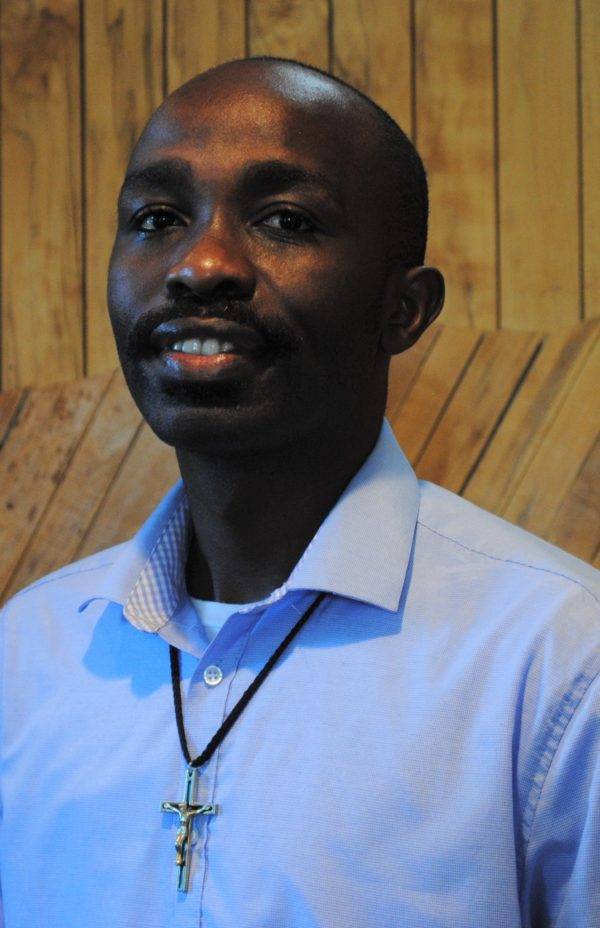 Name
Cosmas Kithinji Kubai
Born
December 12, 1985
Place of birth
Kenya
Nationality
Kenyan
Something you do not know about him
He is the second born in his family.

Attended Primary School
Kinyenjere Primary School from 1992-2001
Attended Secondary School
St. Pius X Seminary from 2002-2005
He has the following hobbies and sporting interests
1 - Soccer
2 - Running/Marathon
3 - Volleyball
Achievements that he is proud of are
1 - His journey through Oblate formation.
2 - The mentoring he gave as a pre-novice, volunteer teacher, in a day secondary school close to home.

"O, my Saviour, my Father, my Love, make me love you - I do not ask for any other thing - because to love you is everything. Grant that I may love you."