Our Lord Jesus Christ, Universal King: “Today you will be with me in paradise.”

Our Lord Jesus Christ, Universal King: “Today you will be with me in paradise.”

Today’s feast was introduced by Pope Pius XI in 1925. It was a time of great stress in the world, similar to what we are going through now. In Europe, many nations were devastated by the First World War and in Russia atheistic communism was already persecuting the Church. In Italy and Germany, the unrest that led to ideas such as fascism and Nazism was growing. The Pope reminded the world that there is only one ultimate ruler who is God. God’s rule is made clear in the life, death and resurrection of our Lord Jesus Christ, Universal King.

David had already been anointed King of Judah by his own people at Hebron. Now we hear how the northern tribes also acknowledged him as their king. Thus, David became king of a united country. In fact, his kingship prefigured the universal kingship of Christ.

When we think of a king we think of a throne, a crown, a palace, great wealth, power and prestige etc. But when we look at Jesus what kind of king do we see? There is no throne, no crown, no palace and no army, etc. We see him walking the dusty roads of Palestine with a little band of disciples. He is always surrounded by the poor and the sick, by sinners and outcasts. And yet the title “King” is so appropriate and stands out for something true and very real in Jesus. It stands for his divinity, the one to whom all owe allegiance, the ruler and the judge of all. But even on a human level, the title “King” makes more sense. Because he was the greatest source of goodness, light and hope in a dark world. His presence could change beyond recognition the lives of those around him. Here is a man who makes everybody feel loved, welcomed and cared by. In that sense, Jesus was indeed a King.

Let us now consider the two thieves. The first unrepentant thief obviously has no sympathy, no pity and no humanity left in him. There was absolutely no trace of remorse. Even Jesus couldn’t reach him. No one can save the person who doesn’t want to be saved.  Oscar Wilde says, “He who is in a state of rebellion cannot receive grace.”

On the other side, the repentant thief made a quick act of contrition. Hanging there on the cross, he must have done a review of his past life. He could have made excuses or blamed others about his upbringing or his environment or his companionships, etc., but he didn’t. In effect, what he did was: “I am guilty, I am getting what I deserve.” He in fact took full responsibility for the person he had become. What a good attitude we can learn from him.

Today there is a disturbing tendency to put the blame on others, rather than taking personal responsibility. What the good and repentant thief did was not at all easy because pride makes a person try to salvage something.  And his act of repentance would have availed him nothing if there was no one there who could help him. Jesus, the king of the universe, the friend of sinners was there. The good thief’s humble confession went straight to the heart of Jesus and obtained forgiveness and redemption.

The good thief gives hope to us all, but especially to those who come to the end of life. Even at the eleventh hour there exists the possibility of letting the sunlight in.

The good thief was humble, aware of his need for forgiveness and healing, and allowed himself to be invaded by grace which opened him up to the reign of God. In a world which has lost its way, and is stubbornly over-attached to the false gods of possessions, prestige, power and pleasure like the unrepentant thief, there is a need more than ever for followers of Jesus who have allowed themselves to be invaded by grace, like the good thief, and can share the good news of that grace with the rest of humanity. 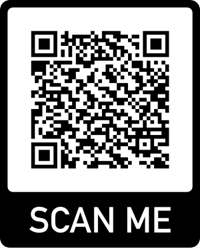