Statistics of the Missionary Oblates of Mary Immaculate – 2020

Statistics of the Missionary Oblates of Mary Immaculate – 2020

Introduction: The source for Oblate statistics is the database of members in the General Secretariat at the General House, updated and adjusted with reports which come in from the various Oblate provinces, delegations and missions. The records of first vows, final vows, ordinations, departures and deaths which are received daily in Rome go to make up the annual report.

For various reasons, these records sometimes do not arrive at the Secretariat in a timely fashion. The numbers included in this publication, especially related to scholastics, vows, ordinations and departures, reflect not only the statistics of the year that has just passed, but also of some previous years. 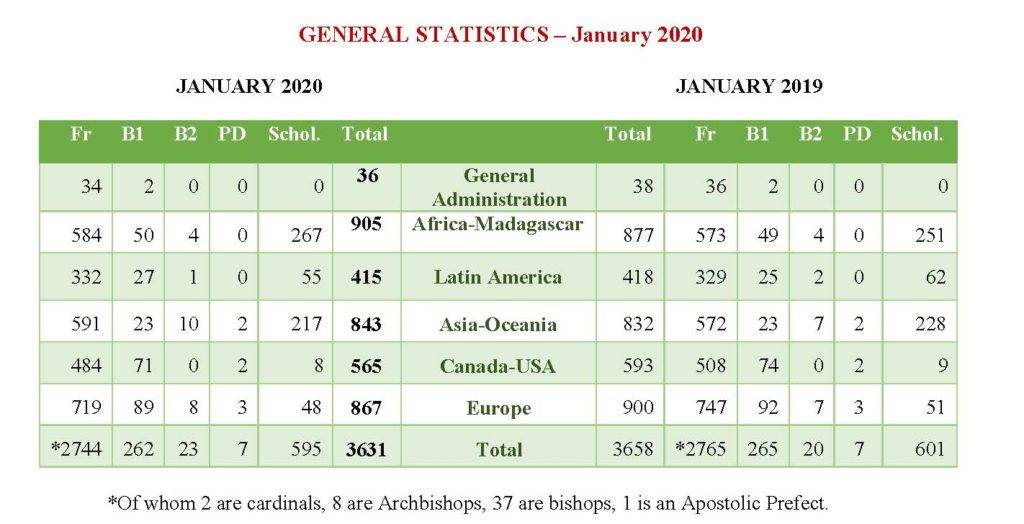 B1 = perpetually professed Brothers,
B2 = Brothers who are still in the first formation.
PD = Oblate Brothers who are permanent deacons.
In the above table, each Oblate is counted in the Region to which he belongs. For example, the Oblates in Zambia are counted only in Africa-Madagascar, although they are members of the United States Province. The scholastics in Rome are listed in their home Region. 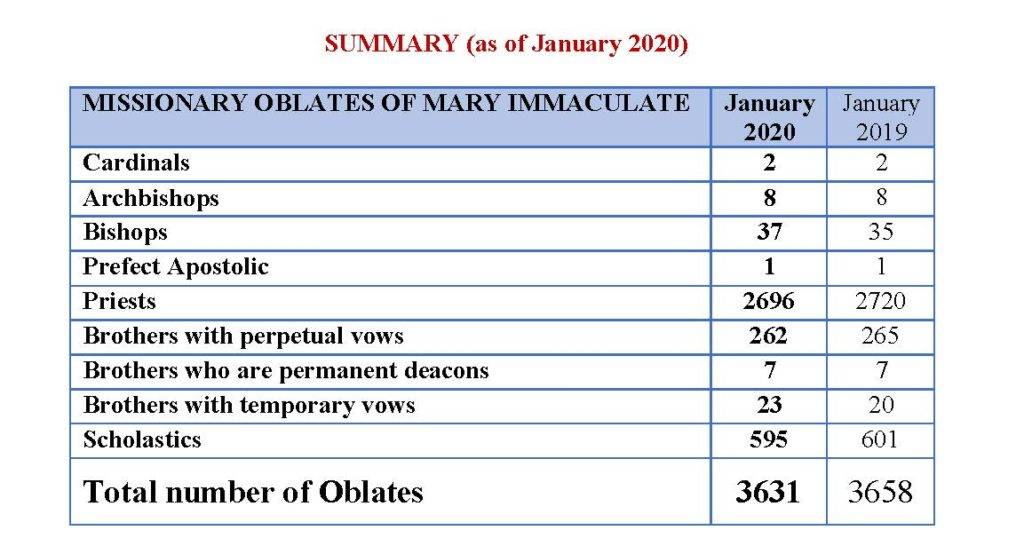 The next table shows the number of Oblates according to the Unit to which they belong. For example, all the Oblates attached to the Zambia Delegation are listed there, even though they are juridically members of the United States Province, or may be temporarily living elsewhere. Some of the Zambian scholastics are in Cedara, others in the U.S. etc. 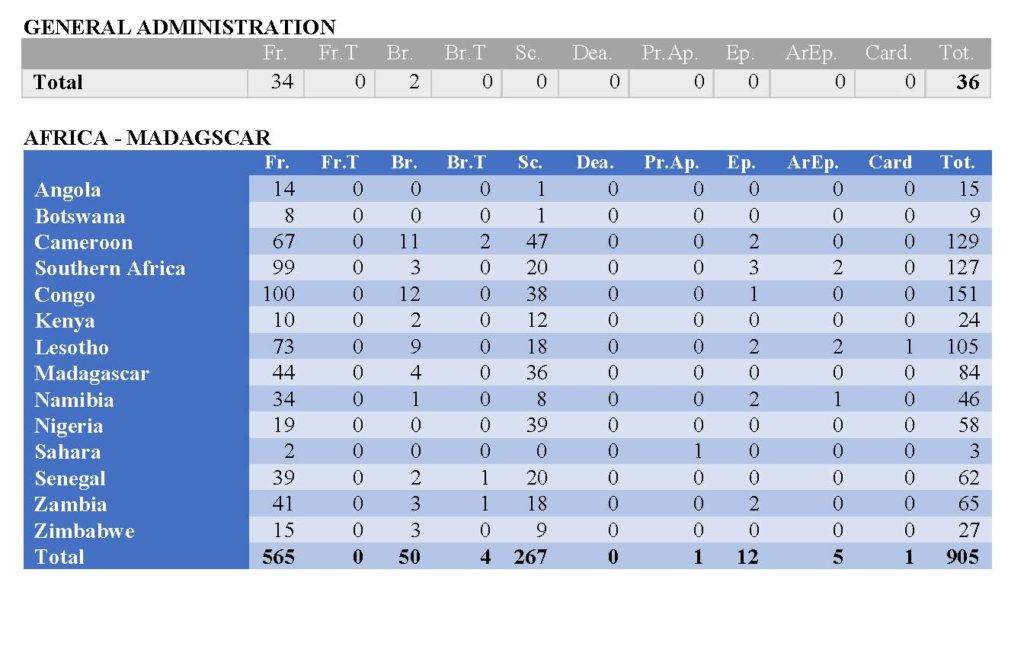 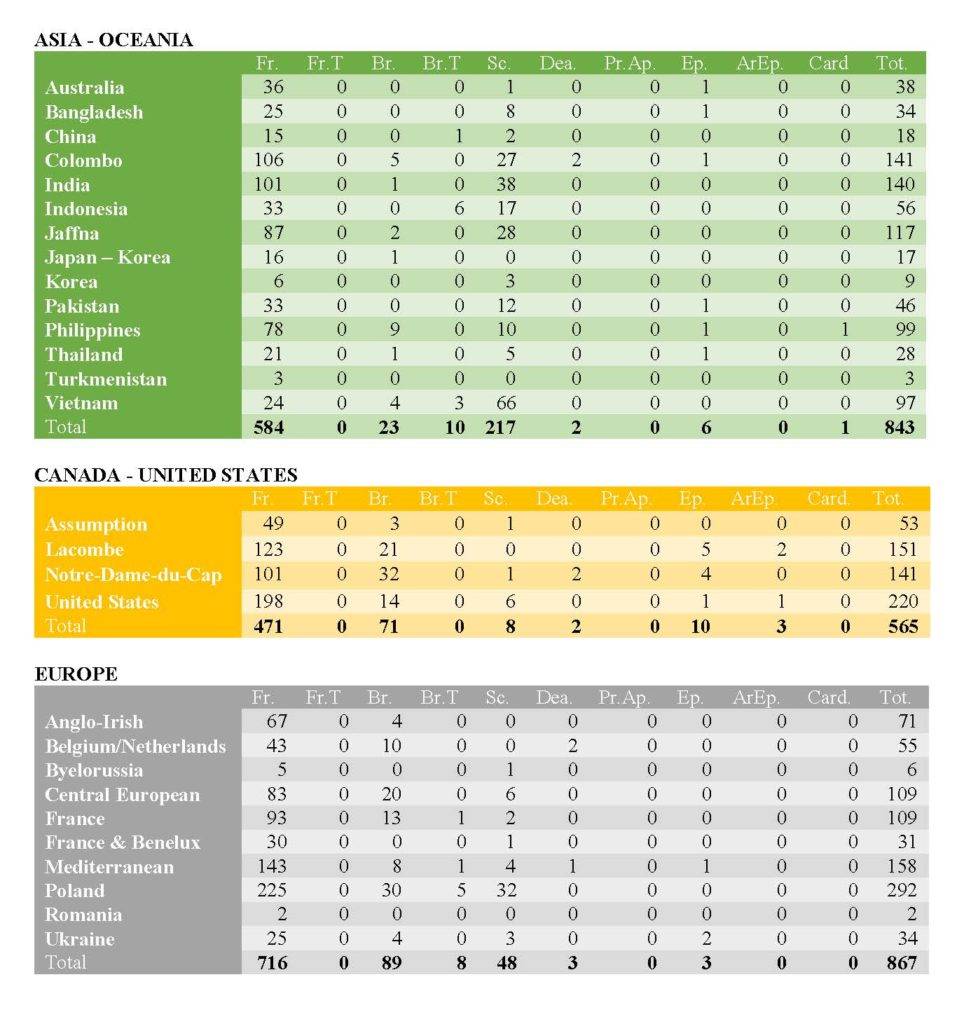 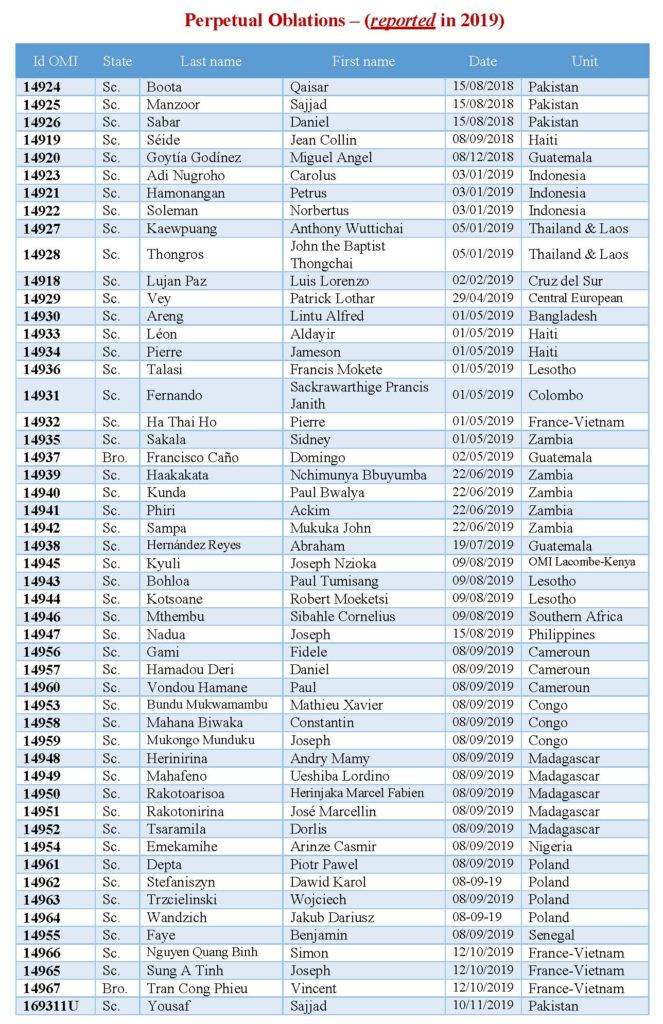 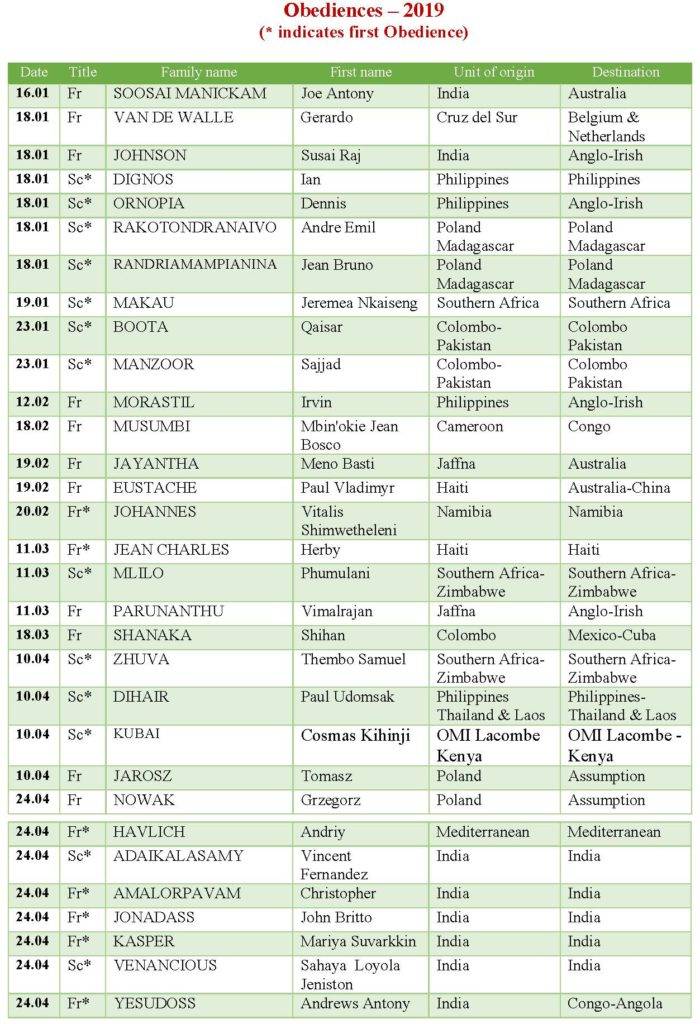 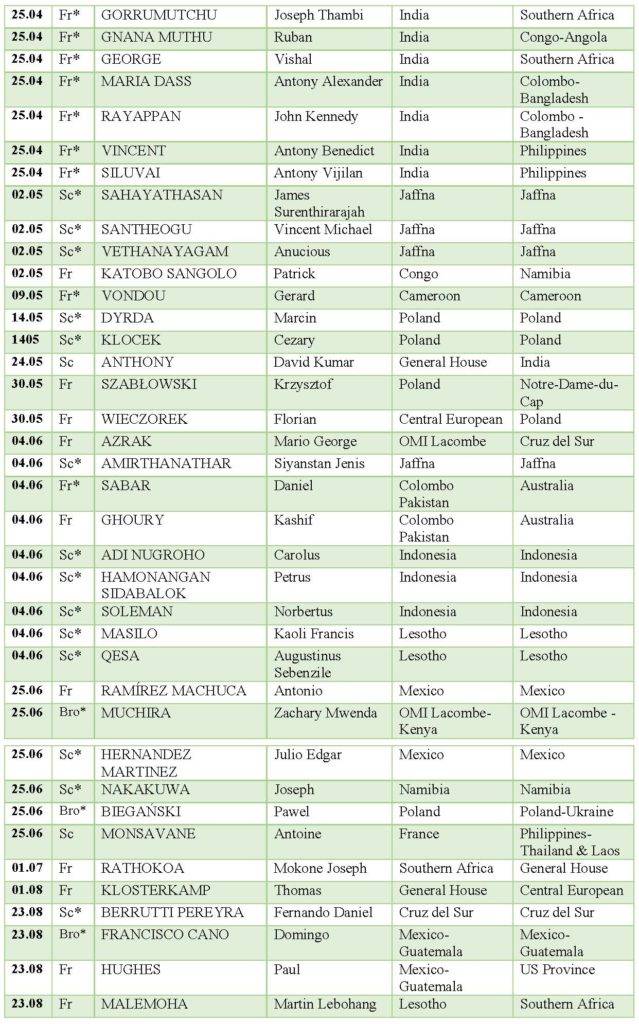 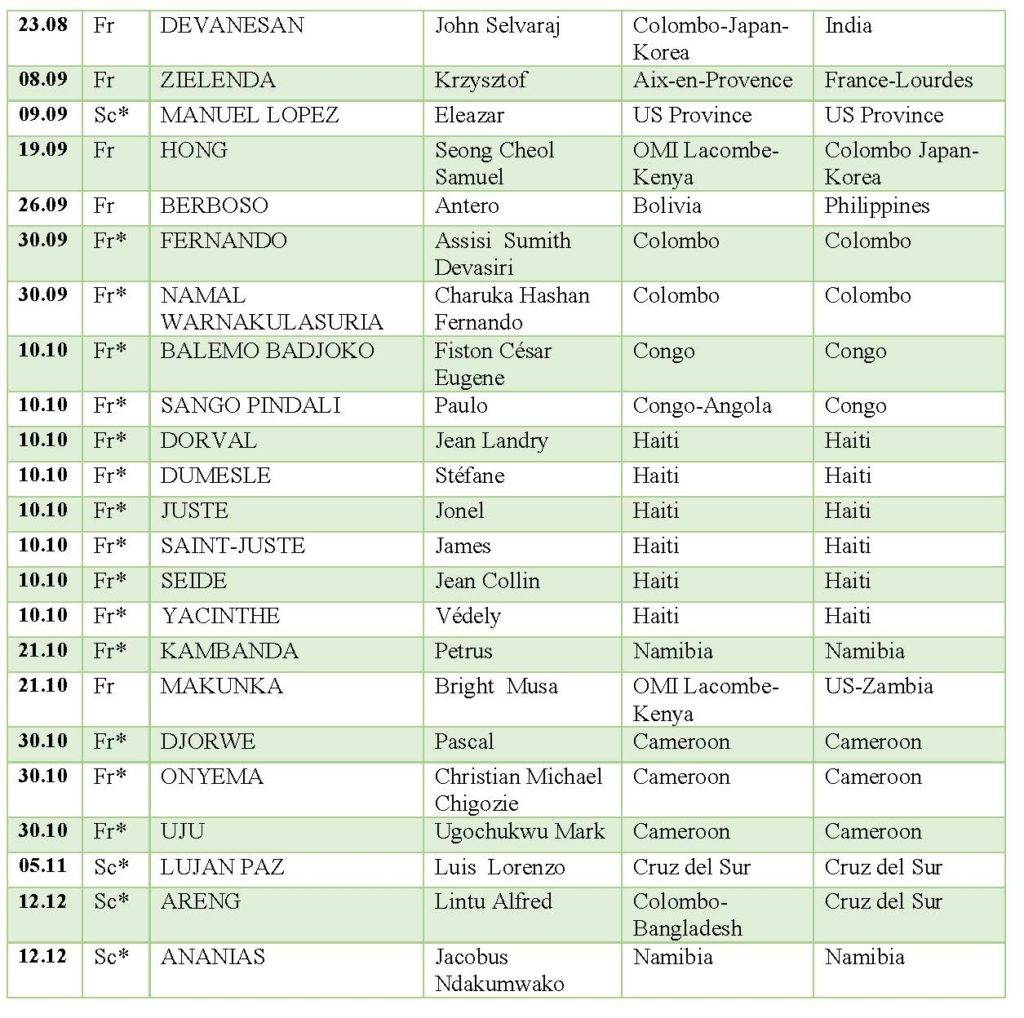